Travel and explore the best safari destinations on the African continent in the guidance of Rwenzori Expeditions. The continent is a home to over 55 countries scattered in different sub regions – East, west, North and southern part. Among these regions include the East African region which includes; Uganda – the pearl of Africa, the magical Kenya, and the mighty Republic of Tanzania. While looking for the suitable destination for the safari, Uganda is ready to welcome you with a smiling face.

Stretching over an area of approximately 241,038 square kilometers, Uganda is a home to various attractions including the African third highest mountain – Rwenzori and other wildlife and primate destinations. For a splendid and amazing adventure, a combined Rwenzori climbing and big game safari is designed for you so as to ease your movements, plans and also gain enough knowledge about the destinations.

In this combined trip, you will hike up to the summit of the Rwenzori Mountains for about 6 to 9 days where you will enjoy the beautiful view and several features like waterfalls, lakes, rivers, rocks and the rare vegetation zone of the mountains. Protected by Rwenzori mountains national park, the mountains stand as the first highest mountain in Uganda and the third highest African mountain after Kilimanjaro of Tanzania and Mount Kenya. Rwenzori Mountains are a range of mountains located in the eastern equatorial Africa on the border between Uganda and Democratic Republic of Congo. The highest peak of the mountains – Margherita on Mount Stanley, one of the 6 massifs of the mountain reaches a height of approximately 5,109 meters and it’s known for being permanently snow-capped and glaciated. For one to reach to this highest summit he/she has to climb through different massifs and among these includes; Mount Speke at 4,890 meters, Mount Baker at 4,843 meters, Mount Emin at 4,798 meters, Mount Gessi at 4,715 meters and Mount Luigi di Savoia at 4,627 meters.

From the mountains, you will proceed to other wildlife national parks where you will watch the five big African animals during different park activities like game drive.

Africa big five is a term coined in 1800s by the hunters, referring to the most challenging and dangerous animals to hunt on foot. Among the animals they categorized include the African elephant, Lion, Leopard, African buffalo and Rhinoceros. These big five African animals are present in Uganda and can be easily seen in the different wildlife and savanna national parks during the park activities like;

A guided game drive in the national parks of Murchison falls, Queen Elizabeth, Kidepo Valley and Lake Mburo will be the best way to watch the four of the five animals – Lions, African elephants, Leopards and African buffaloes.

A boat cruise on the Nile in Murchison falls and on Kazinga channel is a great way to spot the four of the five Africa big five in Uganda. These will be around the water body shores especially in the dry season with an aim of quenching their thirst.

For the Rhinoceros, it can only be seen in Ziwa Rhino Sanctuary during your way to Murchison falls national park and at Entebbe UWEC Zoo. 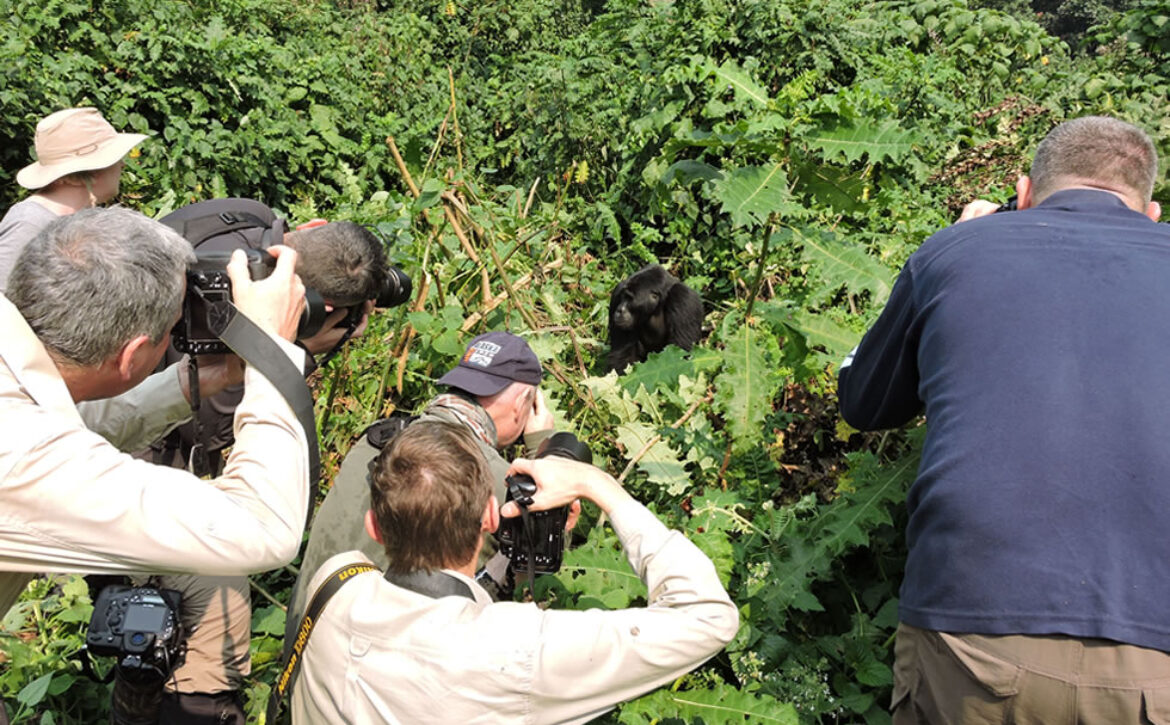 Gorilla Trekking ranks among the absolute highlights of African travel. The exhilaration attached to the first setting of eyes on a wild mountain gorilla is difficult to describe. One of the classic Uganda safari experiences is tracking mountain gorillas in the beautiful Bwindi Impenetrable Forest and nothing will ever prepare you for the first glimpse or the sound of the silver back pounding its chest amidst the dense undergrowth. Bwindi Forest is Uganda’s tropical rain forest hosting half of the remaining endangered gorillas. This large primeval forest in the Virunga Volcanoes mountain ranges, is located in south-western Uganda in Kanungu District.

The excitement of gorilla trekking kicks in when you’re up close to the imposing and magnificent figure of a silver back mountain gorilla, female mountain gorillas wondering through the forest and it’s all baby gorillas peeking through leaves or hiding behind their mothers. When they sense that all is well they will start showing off by swinging, twisting, turning and somersaulting all for your entertainment. In order to meet the gorillas, one needs gorilla permits that should be bought in advance at the Uganda Wildlife Authority offices or through Uganda’s tour operators and travel agency!

Gorilla permits will set you back as they cost US$700 but don’t think twice about going out for this genuine once-in-a-lifetime opportunity. This is cheaper than Rwanda where a gorilla permit costs US$1500 (as per 2012 updates). For November bookings, there is even a discount of USD 150 on all Ugandan Permits thus you only need USD 350 for a permit to the gorilla sanctuary! Keep in mind that a portion of the fee collected from the park goes to the local communities and gorilla conservation initiatives, helping to ensure their survival among us!

Nice Journey to Bwindi to meet the rare mountain gorillas! 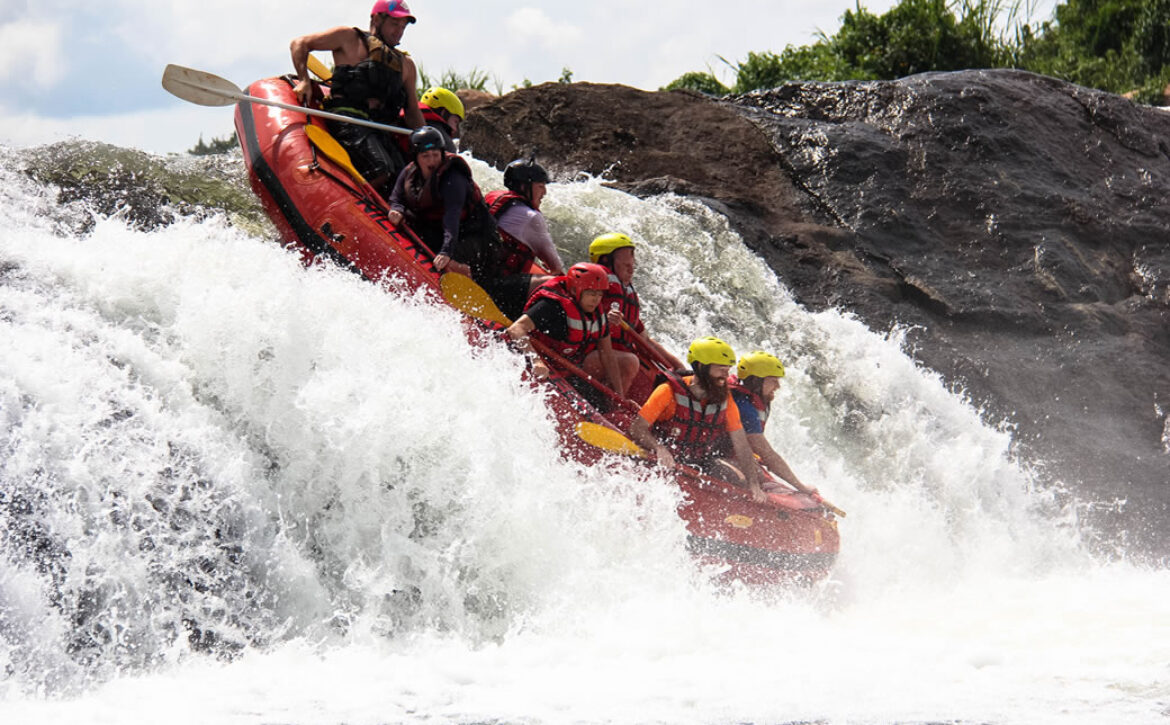 Jinja town is one of the traditional districts in Uganda and before the Europeans came to the town it was first prominently known as the small fishing village that was located in banks of longest River Nile and with the arrival of the British colonial rule in 1906, the town started to grow very fast. At first as trading Centre as well as river crossing area and later it was turned to an industrial town of Uganda. Currently Jinja which is well known as adventure district of Uganda is one of the interesting historical districts in Uganda endowed with different natural and artificial attraction pulling tourists to book safaris to Uganda.

In the mid-19th century Jinja town had grown very fast and occupies by different people such as the Indians, as well as Africans, and European. The construction of the Owen Falls dam led to generation of hydro-electricity and this uplifted the statutes of the town into an industrial city in Uganda and it attracted foreigners to take safaris in Uganda to identify investment opportunities. Bad news came during the political crises of the 1970s during the regime of President Amin who decided to push all the Indians who were running the industries in Jinja. This greatly affected the town and hard to pull its development down but today the only town visitors should yearn to visit during their Uganda safaris is Jinja, the adrenaline capital of the Pearl of Africa.

Jinja town is where the source of the longest river in the world is located and also visitors interested in taking a tour to this town has got an opportunity to participate in white water rafting on the Nile.Jinja is point where the rapids stretch up in the Nile and therefore visitors to this place can enjoy spectacular places in the whole of Africa when participating white –water rafting. Rafting in this place is very intense but safety is guaranteed to tourists when carrying out the activity as the team of expert guides have to give you company through the experience. Always rafting trips are followed by a rescue fleet so that for any visitors who find it unbearable can retreat.

Uganda safaris destination of Jinja offers travelers who are seeking adventure experience to enjoy their safaris in the source on the Nile in Jinja town .The adventurous town is blessed with the worldwide best organizers of the rafting activities including Adrift who were among the first people to invest in the adrenaline services and market their products to travelers on Uganda safaris.

Travelers who are non-experts in adventurous activities like rafting in the standard rapid falls are also catered for because there are less extreme options where such travelers can also enjoy and get an interesting wonderful experience and this option even caters for a family float trip.

In addition victors can also have wonderful experience in white water by participating in the adventurous activities like Kayaking. The memorable experience here starts from training course offered to visitors as well as guided trip which is done through the interesting but scaring raging rapids.Besides that visitors on their Uganda safari can also get involved in boat cruises and this means Jinja is really an adventurous district so for any visitor looking for destination to enjoy adventurous activities, he or she confirm safari to Uganda the pearl of Africa. 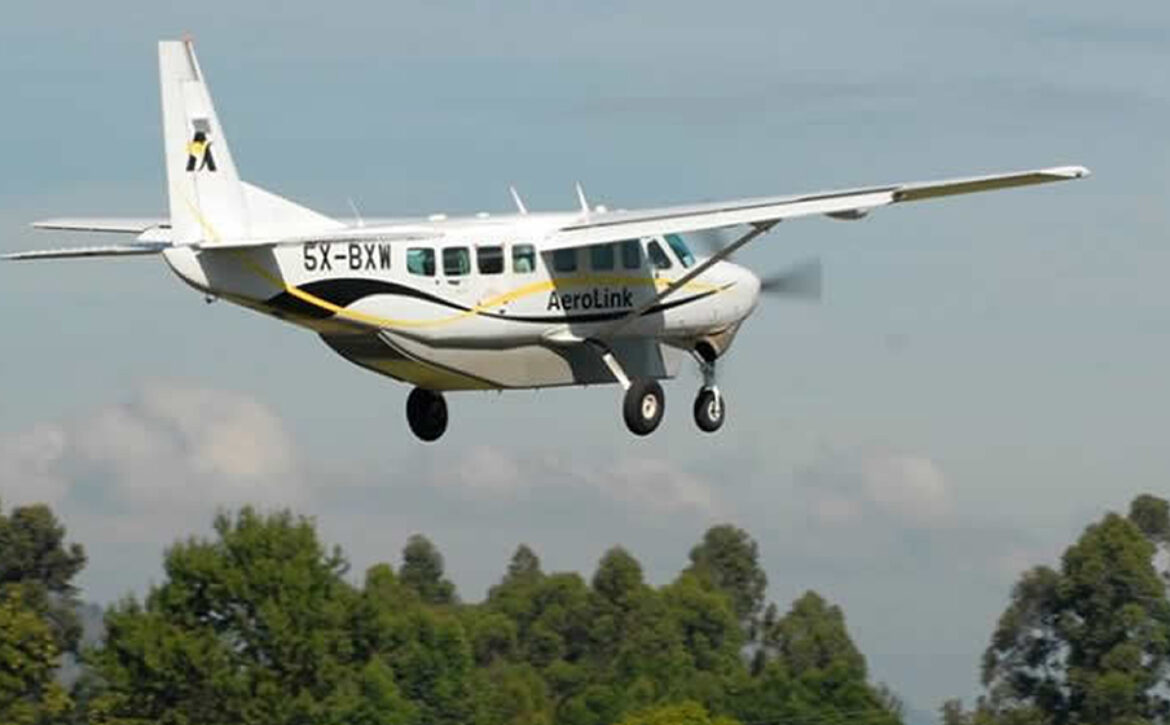 What to Know About Flying Safaris in Uganda

Flying Safaris mean saving time over a road trip but it also means what you carry on a plane is less than you would in a vehicle – the limit on most flying safaris is 15 kilo and that includes your carry-on items. Packing for your flying safari in Uganda – Start out with the right soft-bag, duffle – bag – sturdy, rugged, keep away from blue or black bags – they show the Packing for your flying safaris in Uganda African dust rather quickly – on a flying safari you should not use a hard suitcase with wheels – a sturdy, quality duffle – bag is just right since it will be squished and squashed into the plane hold- take your sensitive equipment like cameras on board to your seat.

Since it is best to keep it light in the suitcase, wear the heaviest of clothing including light-weight boots, (especially if you are gorilla tracking volcano climbing), rain-jacket, and hat. Flying safaris are about comfort and speed of travel but take a bit more planning as to what to bring along on the flight.  Extra luggage can be stored by Nature Adventure Africa Safaris or it will be brought along in the vehicle in most cases and you will be met with it at arrival.  On some flying safaris that will not be possible.

You are preparing for your African Safari in Uganda and the words light and right should be foremost on your mind. The most important Things to Bring on Safari Helpful things to bring on Safari in Uganda Safari Essentials for your time in Uganda Common Sense along with a dash of adventure and awe along with a sprinkle of patience and a sense of Humour:  An African Safari is not a visit to zoo but you are in the Bush in the African Wild.

Safari Clothing Tips for Uganda Keep it simple – Plain and Practical for your comfort while on Safari in Uganda A difference between Uganda and other countries in Africa is the location – though located on the equator – Uganda is higher in elevation than most countries and more bio-diverse.

Bwindi Impenetrable National Park is located in south western Uganda, 250 miles from Kampala, capital city of Uganda on the border with the Democratic Republic of Congo, Bwindi National park covers an area of over 200 sq miles. As the name “Impenetrable” dictates, this park is real African jungle area, with dense undergrowth, vines and […]